This week we went to see Double Dropping on a Phantom Island by Michaela Cullen and Declan Colquitt at The Newbridge Project, which is part of their ‘Life in a Northern Town’ series of exhibitions. This prompted me to consider my own life and experiences living in a northern town. I live in Gateshead, specifically in an area called Bensham, which is just across the river from Newcastle. This is a place I’ve lived all of my life really, and as such I’ve seen it change quite a bit over the years.

An example of this change are the entire blocks of streets that have been entirely demolished in the past few years, just down the street to my home. Dunsmuir Grove and Westminster Street no longer really exist, and neither do several personally notable establishments. No more Bensham Booze, the off-licence where my siblings and I bought our first legal drinks when we turned 18; no more Graham’s, the favourite takeaway of my childhood best friends dad; no more Basudev’s newsagents, where my parents had been getting newspapers delivered from for years. One thing that is still standing in the area though, amazingly, is a phone box that is older than me. I couldn’t tell you if it works or not. 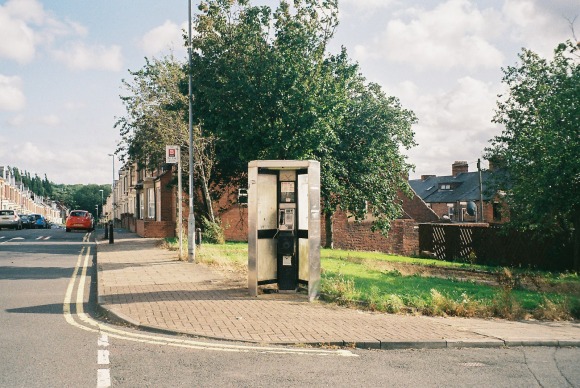 I’ve taken countless photos of the area I live, and I know I will keep on taking more, because its an area that is constantly changing. I want to be able to document its growth, its destruction and its development. 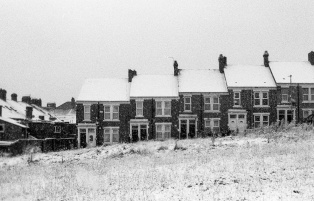 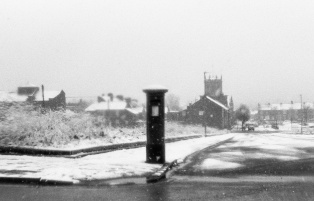 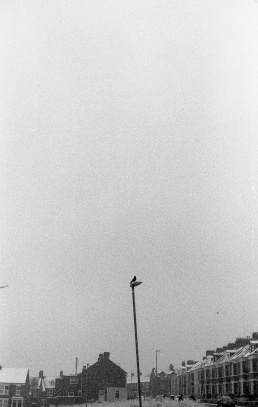 Ultimately I think it’s a shame that houses here are being knocked down: this type of terraced housing has always screamed ‘Northern’ to me, oftentimes being the homes of miners and working class people, and their being replaced by newer, smaller and ultimately uglier and more expensive ‘modern’ housing saddens me a bit.

This of course isn’t an in depth and particularly artistic response to ‘Life in a Northern Town’, but I always welcome the opportunity an art exhibition gives for a bit of reflection on the subject matter and your own life.

Hello there! Welcome to Hey Art, What’s Good?, a new podcast where we like to ask art ‘what’s good?’

This site uses Akismet to reduce spam. Learn how your comment data is processed.